Football and music. Usually an awful combination, whether it be a cup final team, a novelty jingoistic international tournament record or a footballer trying his hand at singing, they are often very bad indeed. With that in mind I thought I would treat you to a selection of footballer record covers rather than subject you to selection of actual songs. Some of these covers are surprisingly good.

I hope you enjoy them as much as I enjoyed researching them. If you do, I may well do a follow up. Please be aware that some of the ‘facts’ may not be 100% accurate.

The only place to start when talking about footballers is Pele. Regarded by many as the greatest footballer ever. He has subsequently been asked to provide numerous lists of who he thinks the best footballers have been. I think at the last count he has included approximately 350 different names in his various top 100s. He scored 400million goals in 1000 games or something and once had a header saved by Gordon Banks. 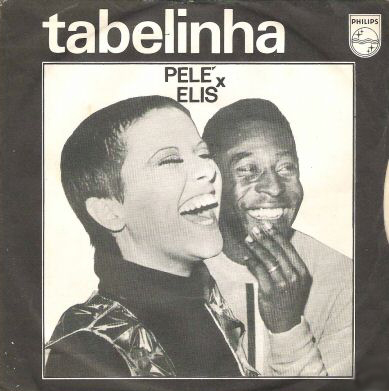 Here’s an obscure one. Iconic football manager Brian Clough in a collaboration with JJ Barrie. I’d never heard this one before and was unsure of how genuine it was but a quick search found that “the greatest manager England never had” did indeed feature on this single. Here’s the cover and the song in full. Well I never! 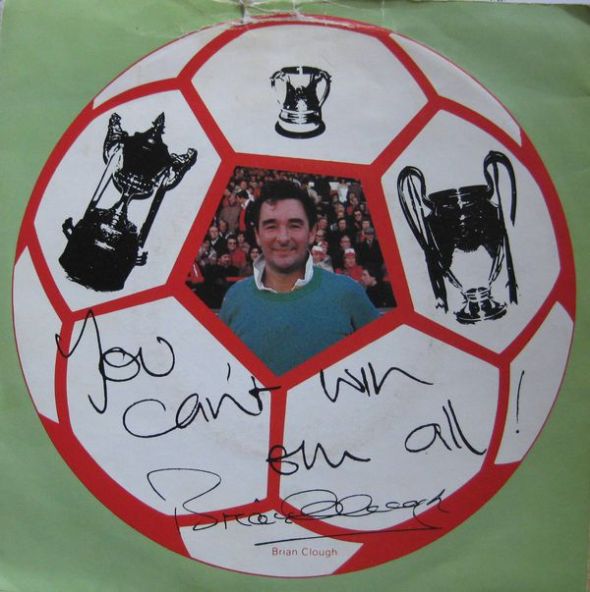 Probably the best Scunthorpe player of his generation, poodle-permed, Kevin Keegan went on to become an England player and manager. He once said of his musical career “I would love it, love it if my records broke into the top 40”. He got his wish, Head Over Heels In Love reached number 31 in the UK and number 10 in Germany. He was going to pursue a longer career in the music industry but he had enough and threw in the towel. 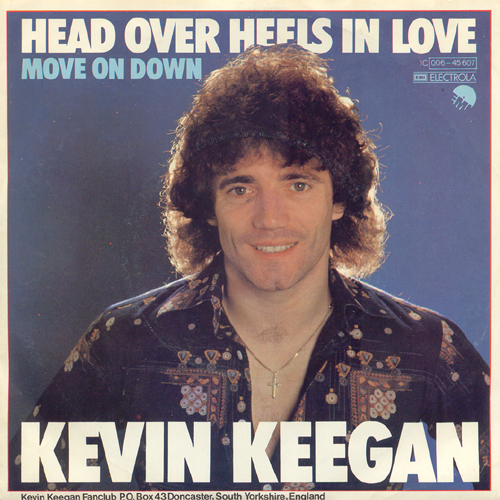 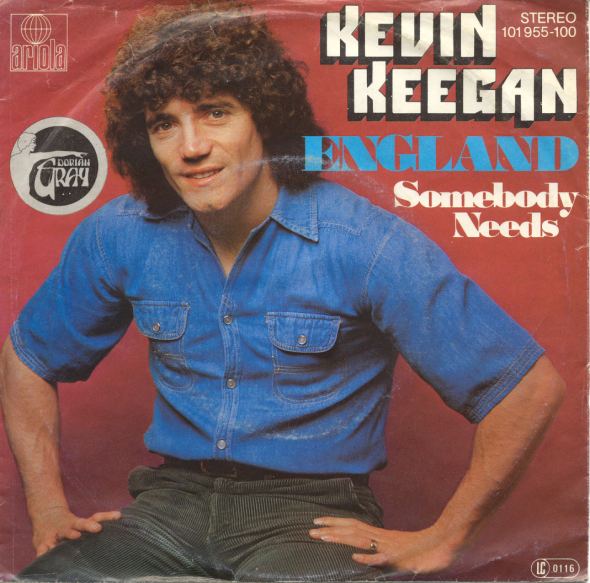 Keegan caused a bit of a shockwave when he sold Andy Cole to rivals Manchester United in 1995. A bigger shockwave was caused when Andy Cole released this piece of self absorbed rubbish 4 years later. Andy was so embarrassed by the single that he changed his name to Andrew Cole in an attempt to distance himself from the record.

On to another ex England player and manager Glenn Hoddle with his partner in musical crime Chris Waddle, also a former England international. They released Diamond Lights, which peaked at number 12 in the UK charts, in 1987 at the height of Waddle’s mullet period. Hoddle was quoted as saying about his musical career “You have to learn and face some of the things you have done, good and bad. There are too many injustices around. The karma is working from another lifetime”… before saying something horrible about disabled people. 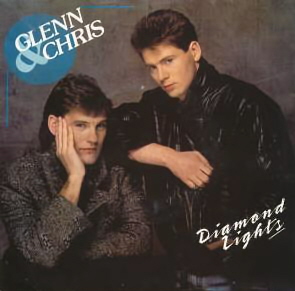 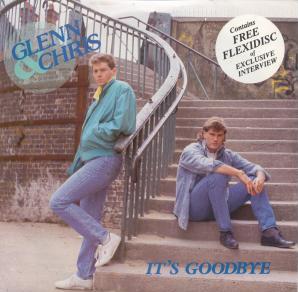 Not content with ruining the burgeoning musical career of one team mate, Chris Waddle went on to crush Basil Boli’s dream of pop stardom. The disappointed Frenchman had to make do with head butting Stuart Pearce and scoring the winning goal in the 1993 European Champions league final. 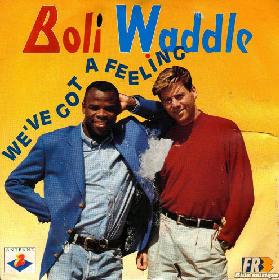 Waddle’s mate Paul ‘gazza’ Gascoigne recorded two singles in 1990. Fog On The Tyne and Geordie Boys were both shocking but undeterred, he ploughed on and released an album as well. 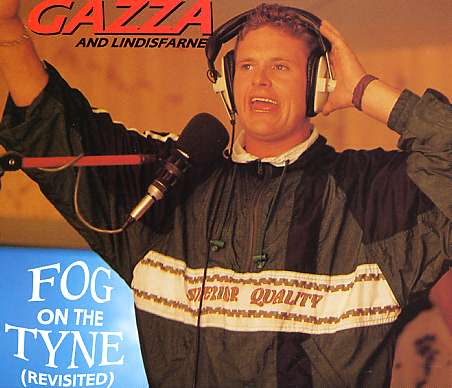 Here we have former Dutch international footballer Win Van Hanegan alongside referee Frans Derks.
Van Hanegan was a Feyenoord legend, he played 52 times for his country including the 1974 World Cup Final.
Derks was a Dutch football referee for over 20 years.
I’m just waiting for the Mark Clattenburg and John Terry single to be released. 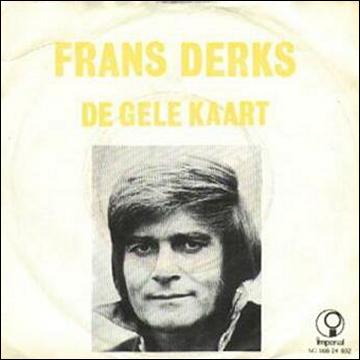 Another member of that Dutch 1974 World Cup Final team also did a single.
A true football legend Johan Cruyff. He was world footballer of the year 3 times and won the European cup 3 times when it was the proper European cup ;). He even had a turn named after him, which makes you look really silly if you can’t quite pull it off. 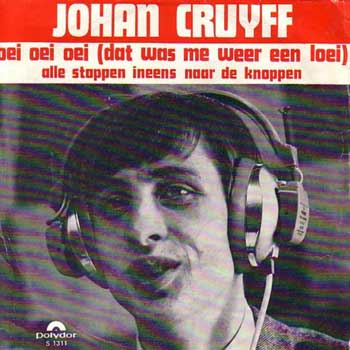 Johnny Rep. Guess what… He also played in the 1974 World Cup final for the Dutch. 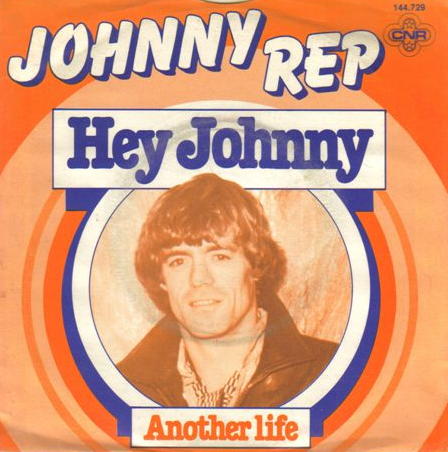 Finishing the line up of Dutch 1974 World Cup Final players is Rene Van De Kerkhof. He came on as a 2nd half substitute for Wim Rijsbergen.
Here he is with his twin brother Willy. Willy was a member of the 1974 squad but he didn’t play in the final. Both Rene and Willy did play in the 1978 World Cup Final though. 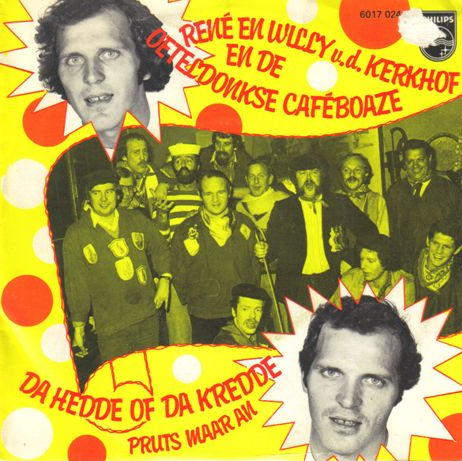 Staying with the Dutch, “sexy football” proponent Ruud Gullit released this not so sexy record in 1994. 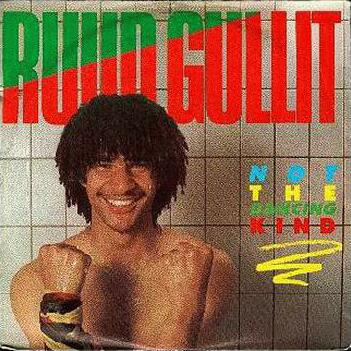 Ruud’s team mates, Marco “what a volley” Van Basten and Frank “spit in your mullet” Rijkaard also got in on the dodgy record game with this horror in 1990. Translated roughly to “It’s nice to be in Italy! / We turn the whole world upside down”

Yet another 1974 World Cup Final player, although this time the winning captain, also released 2 singles. You are lucky / 1: 0 for the love and You alone / Good friends, no one can separate…
Here is Franz Beckenbauer looking as cool as he did whilst playing. Probably the greatest ever German footballer he won the World Cup twice as a player and once as a manager as well as 3 ‘proper’ European cups 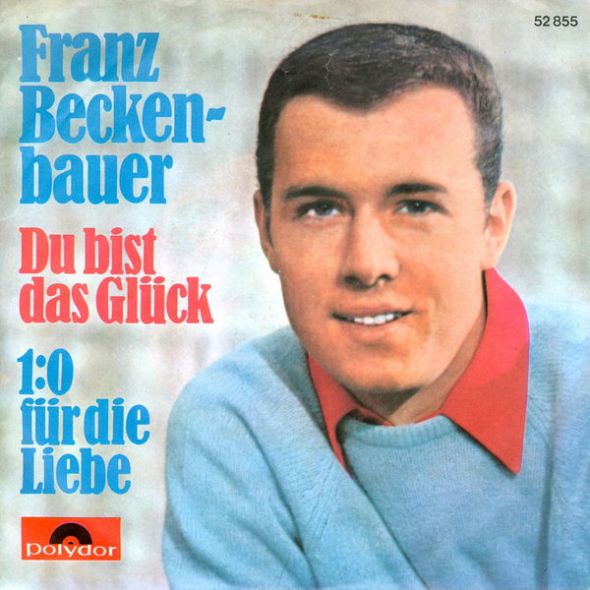 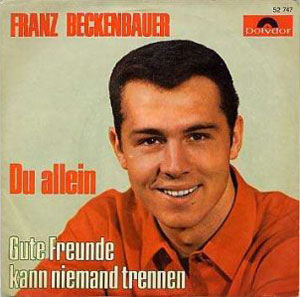 I’m starting to wonder if every player from the 1974 World Cup Final released a record. Goal machine, Gerd Muller, scorer of the winning goal in that match, released 4 singles. Below is the pick of the covers from 1967. Raba da da roughly translates to raba da da. 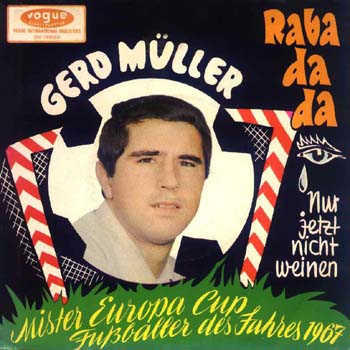 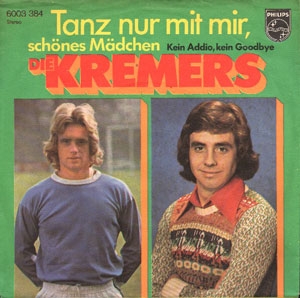 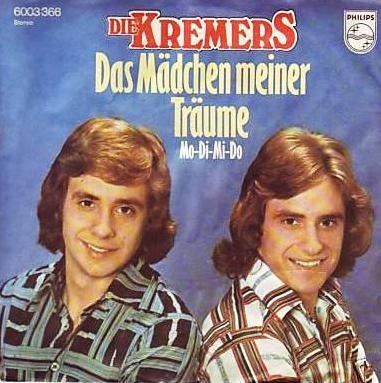 Scorer of the most goals in a single world cup tournament, Just Fontaine. Just scored 13 goals for France in the 1958 competition. 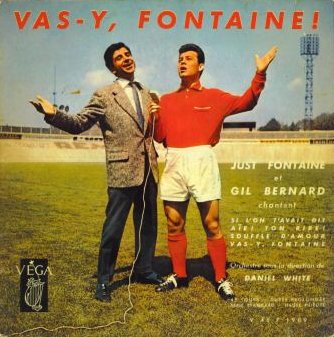 Everyone’s favourite age defying, corner flag dance celebrating, Cameroonian, Roger Milla recorded this album in 1991. He became the oldest ever World Cup finals goal scorer when he netted against Russia in 1994 at the age of about 42ish. 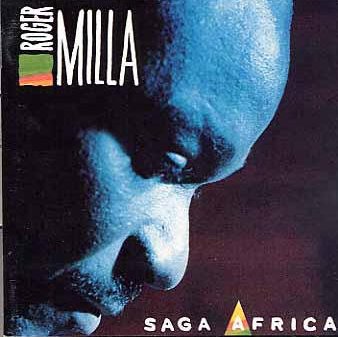 Former Belgian international goalkeeper Jean Marie Paff did a couple of songs during his playing career. Just like his musical hero, Ozzy Osbourne, Paff went on to be a TV star with a reality show that followed him and his family for 10 years. Unlike Ozzy, he has never had a quad bike accident, he did nearly drown in a swimming pool though when a reporter pushed him into one. 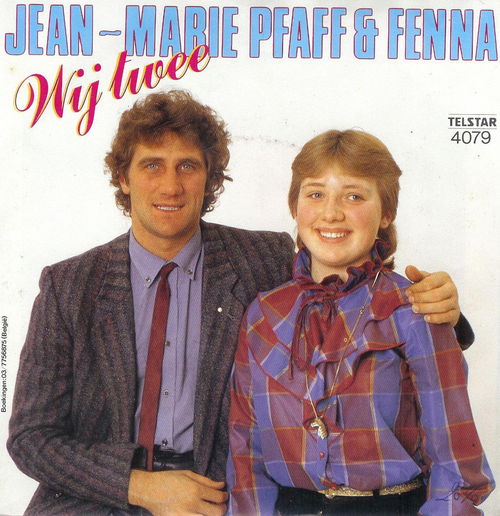 Enzo Scifo is another former Belgian international who tried his hand in the music business. Unfortunately he only released one single and decided to concentrate on his football instead. 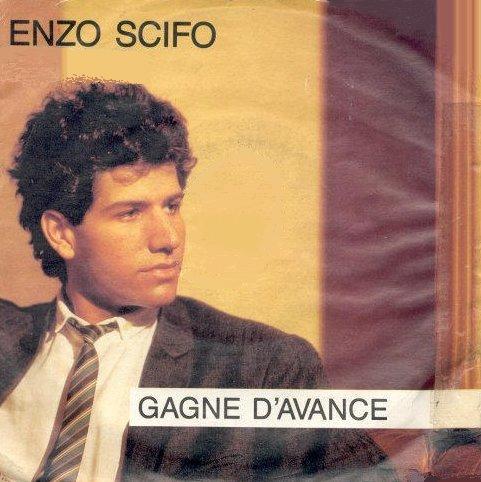 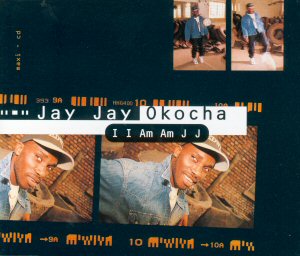 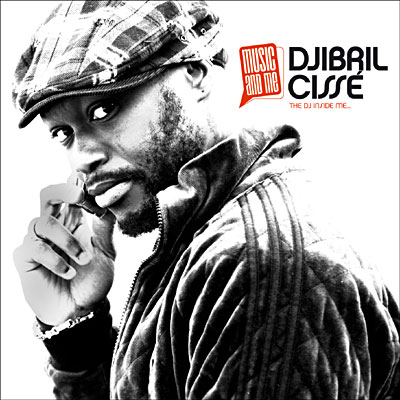 Klaus Schlappner. I’d never heard of him either but I liked the cover of this record. He was a football manager in Germany and was the first foreigner to manage the Chinese national team 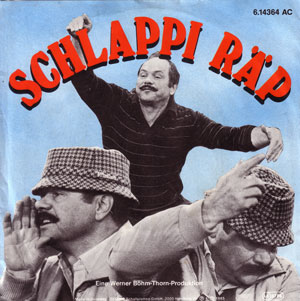